“Jen found a wooden tape recorder outside in the trashcan at a kindergarten or something, so we had the idea to revitalize that and since this hackathon is about disnovation, we took high tech - like an iphone - and used it to control a really low-tech, old- school thing.”

They took the credit for your second symphony. Rewritten by machine and new technology, And now I understand the problems you can see.
The Buggles, Video Killed the Radio Star, 1979 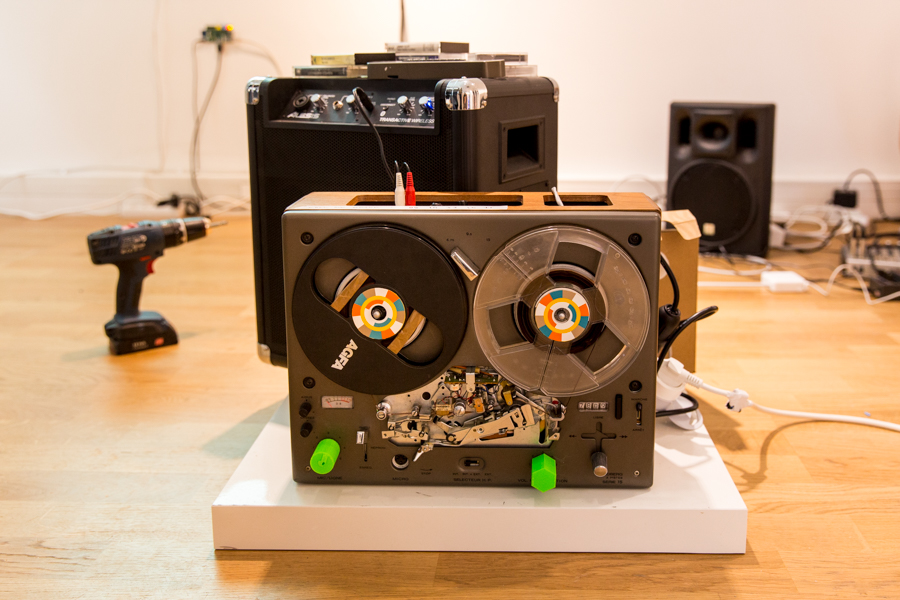